From the low lands of Almaty in Kazakhstan I headed to Esik and rode up to the top of a 2600m high Mountain range. Admittedly was mostly pushing my bike up steep gravel tracks, sometimes so steep I would slide back down and my loaded bike would fall to the ground.

Whilst nearly at the top a guy in a Ute stopped and sign languaged for him to put the bike in the back. I couldn’t resist – yes!

When I climbed in there were 2 couples, and 2 of the women spoke a little English. They were taking a 2 day break and staying in a Yurt to get away from the heat of Almaty.

At the top of the Mountain range we stopped and the guy got out a bottle of Vodka….oh no….and 5 plastic cups. 2 rounds of throat burning, body warming shots and they thrust a tomato and cucumber at me which I hungrily accepted. 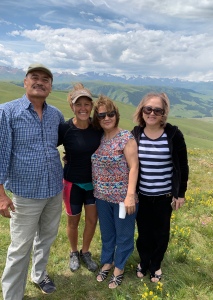 I worked out that they were going to kill a sheep to eat and invited me to join them, which, as you can imagine I refused and sign languaged that I’d pat the sheep, but not eat it. They wanted me to still join them. Although I wasn’t so sure I wanted to…

I tried to get my bike out of the Ute but they wouldn’t have it. I was finally at the top of Assy Plateau and had kilometres and kilometres of slightly downhill riding along the vast plains. I was sitting in the back half of me fuming with irritation and the other half telling me how awesome it was to have local friends, to enjoy the ride and just go with it. 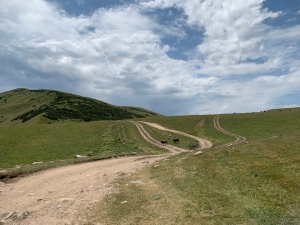 Admittedly the track was rough and we were flung around and yelping (I was terrified in places) as the Ute gripped on – plus my Driver had had vodka shots!

The scenery was specTacular!

Yurts were dotted all around the plains, with the Nomads coming here for the Summer months to allow their cows, sheep, goats and horses to graze free and wild.

We arrived at a Yurt with an older Man and his 4 daughters that looked after their herd of sheep, goats and cows. 2 other guys joined us and the guys sat around drinking vodka shots (no one spoke English) and i managed to get out of it by pretending to be half asleep (the 2 women were sleeping) and I watched the Men get blind drunk and eat chunks of dead lamb.

Meanwhile the girls were rounding up the herd every hour or so on their horses to keep them together (there are no fences) and it was fascinating to see how rough and cruel one of the girls were with the animals not doing what she wanted. She treated her horse badly and had a very short temper. I would go over to her horse when I could and stroke it which it loved. I wondered if it ever got much affection or appreciation. They tried to get me to ride it, but after growing up riding horses and now educating myself to seeing the other side (the cruelty) with riding horses and using them for our own pleasure, I refuse to partake in riding anymore. 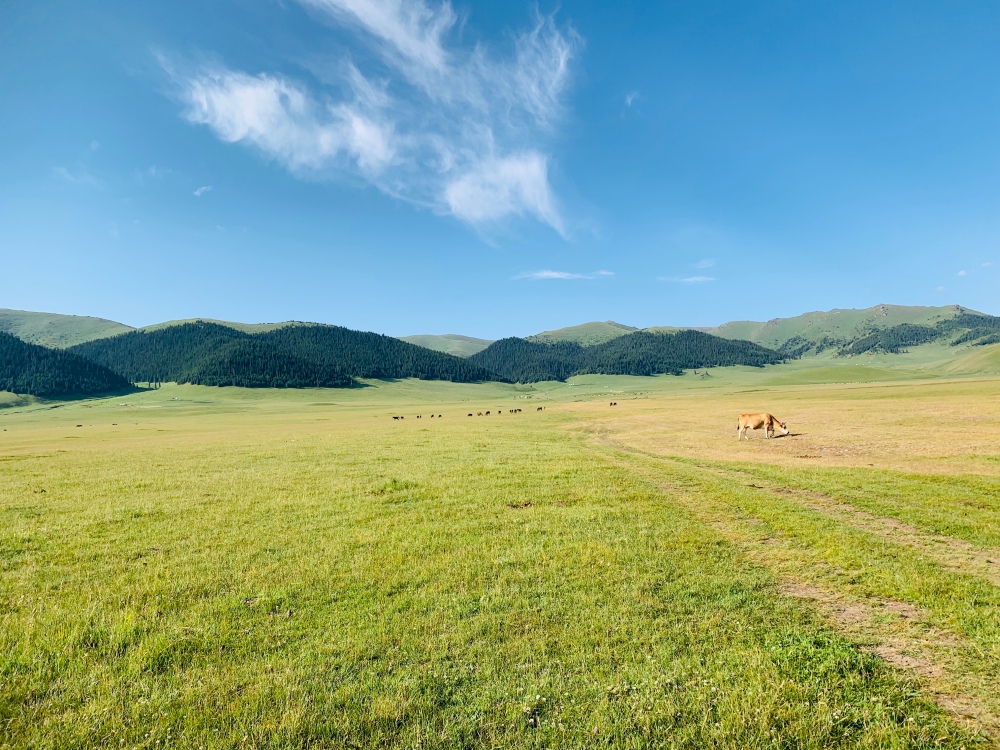 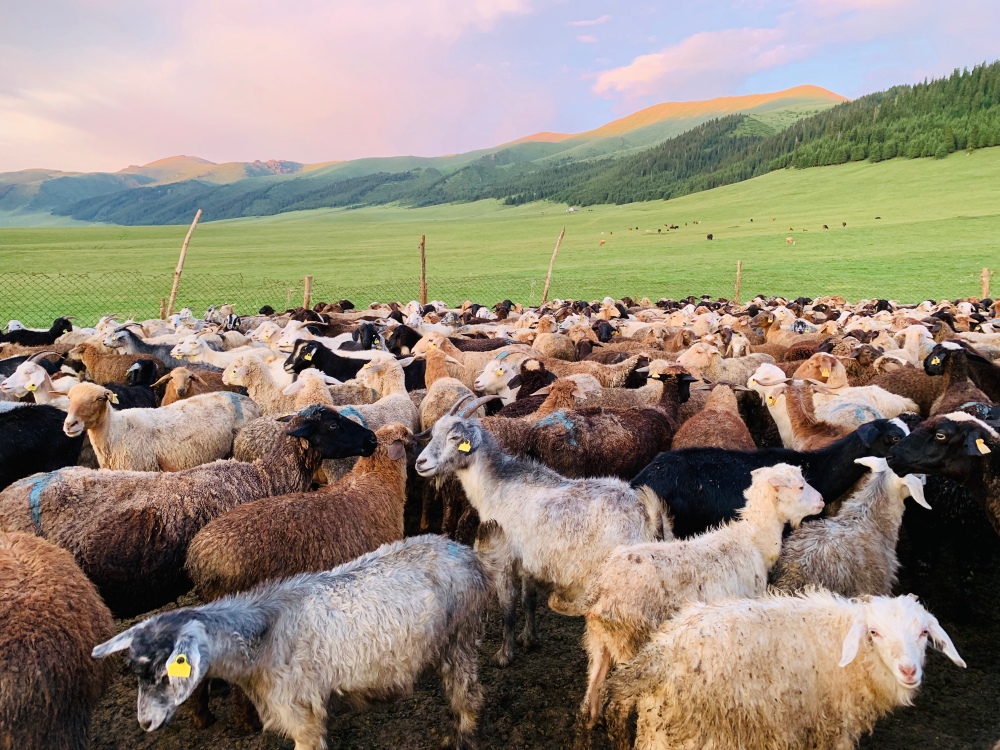 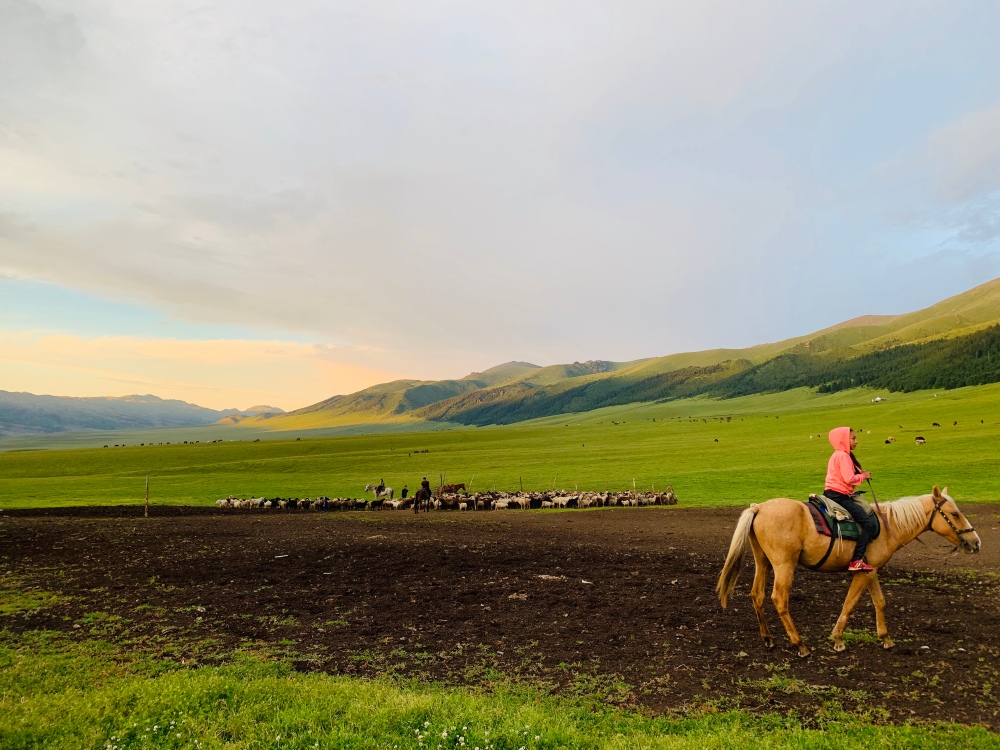 I watched as they selected a sheep, pulled it away from the herd, tied it up, slit its throat and chopped it into little pieces.

It was the main meal.

Turns out my vegetarian meal was potatoes, onions and capsicums sautéing in the dead flesh and fat of a recently killed sheep for 2 hours….. 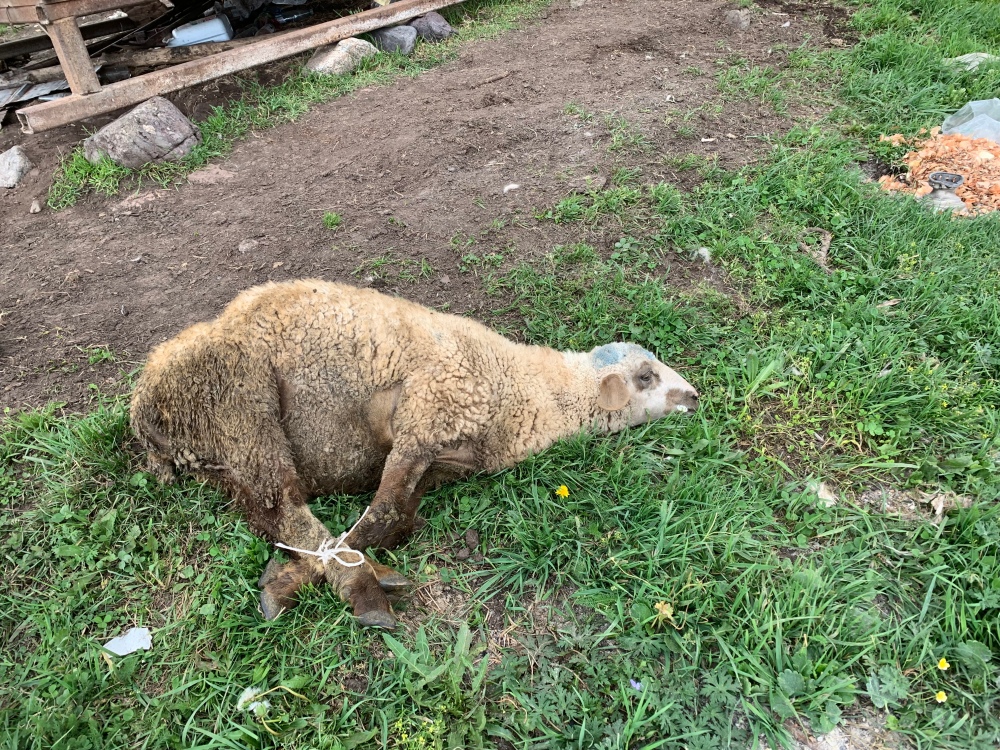 In the evening we all shared a meal sitting around a low table on the ground In the Yurt, drinking vodka shots (I had no way of getting out of) and then bowls of hot tea whilst the Men smoked and the stench of the dead sheep lingered.

Then the drunk Men started singing. It was very cool to be apart of. 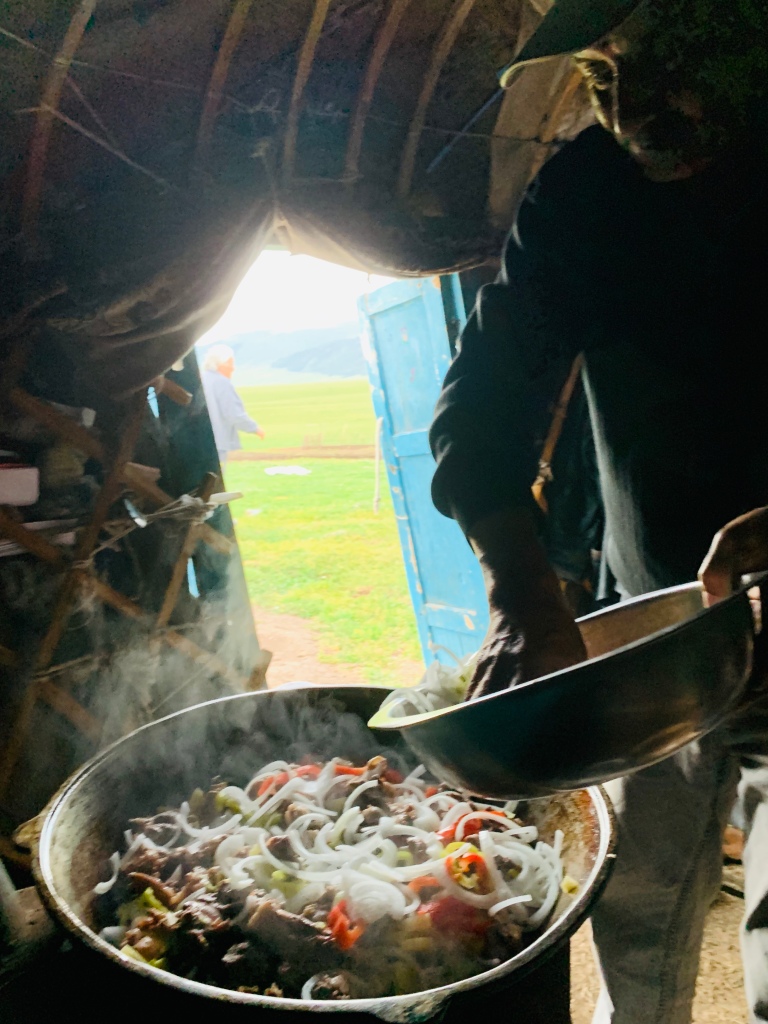 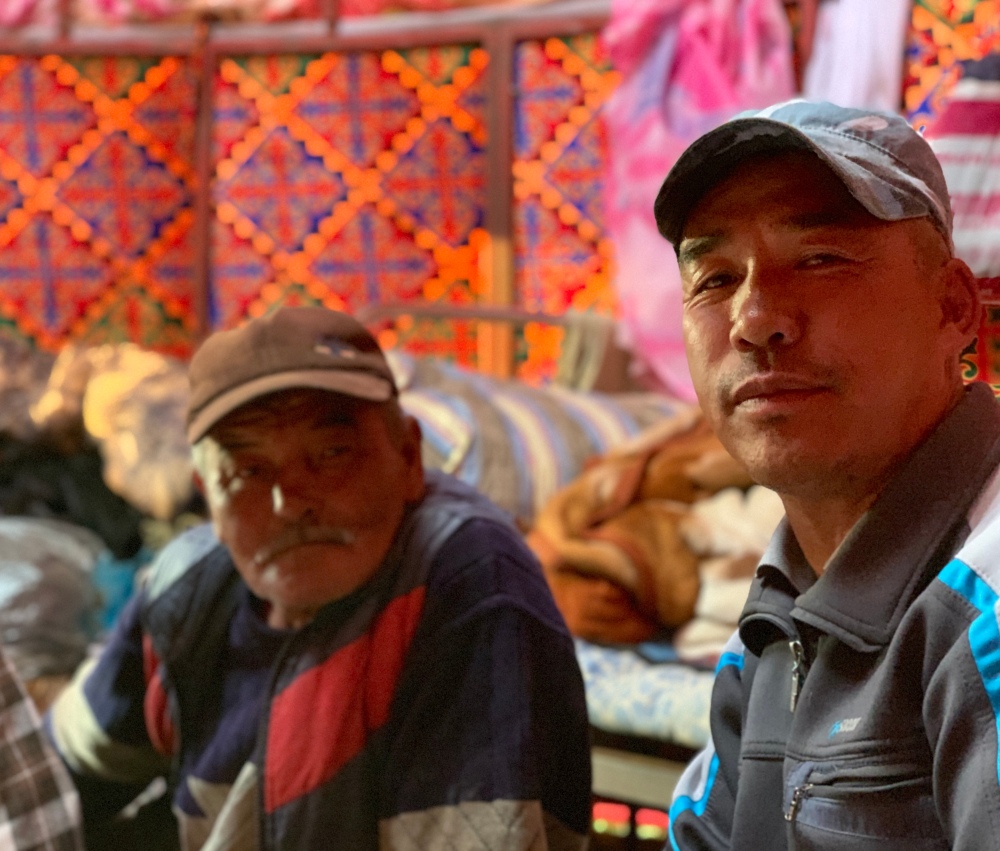 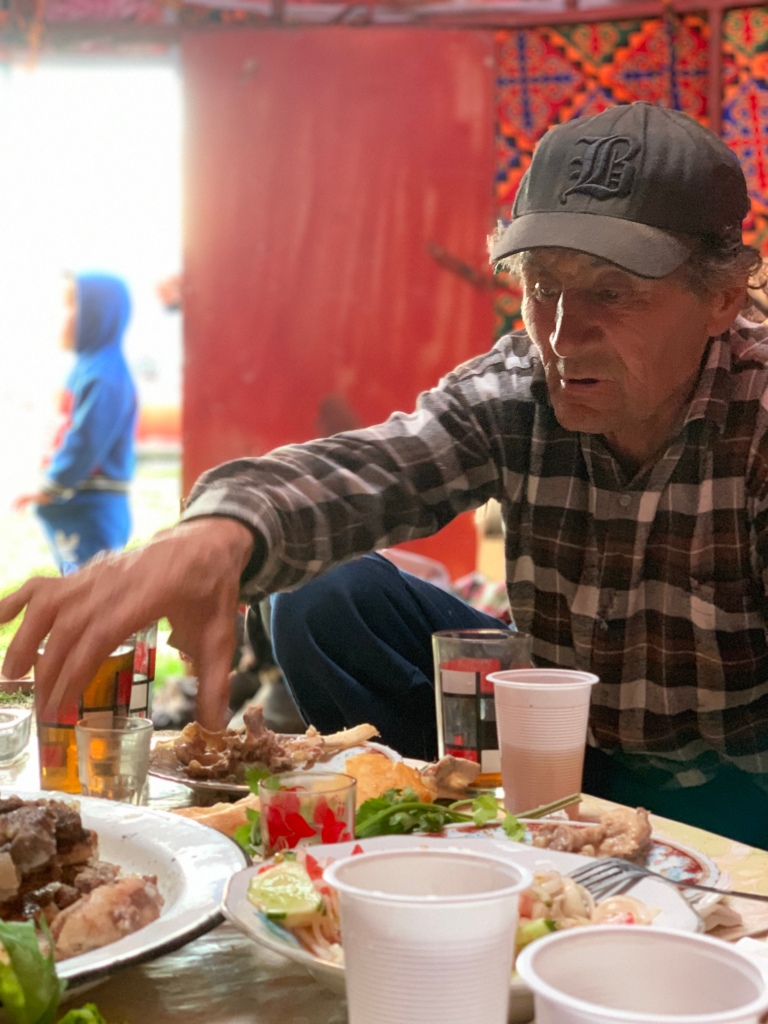 Everyone was so kind and incredibly generous (although the Nomadic family took a little while to warm to me, but when they did it was great – though the 3 yr old was rough as guts and had mouthfuls of dead animal in his mouth that he liked to spit over me …. 🤢)

It was truly fascinating to see how they lived life (and how harsh and basic life is for them.)

When the weather turned, my god it was bitterly cold. No electricity, just a giant Tent (Yurt) with an animal dung fuelled fire, and a tiny dug out long drop, and rugs on the ground to sleep on. 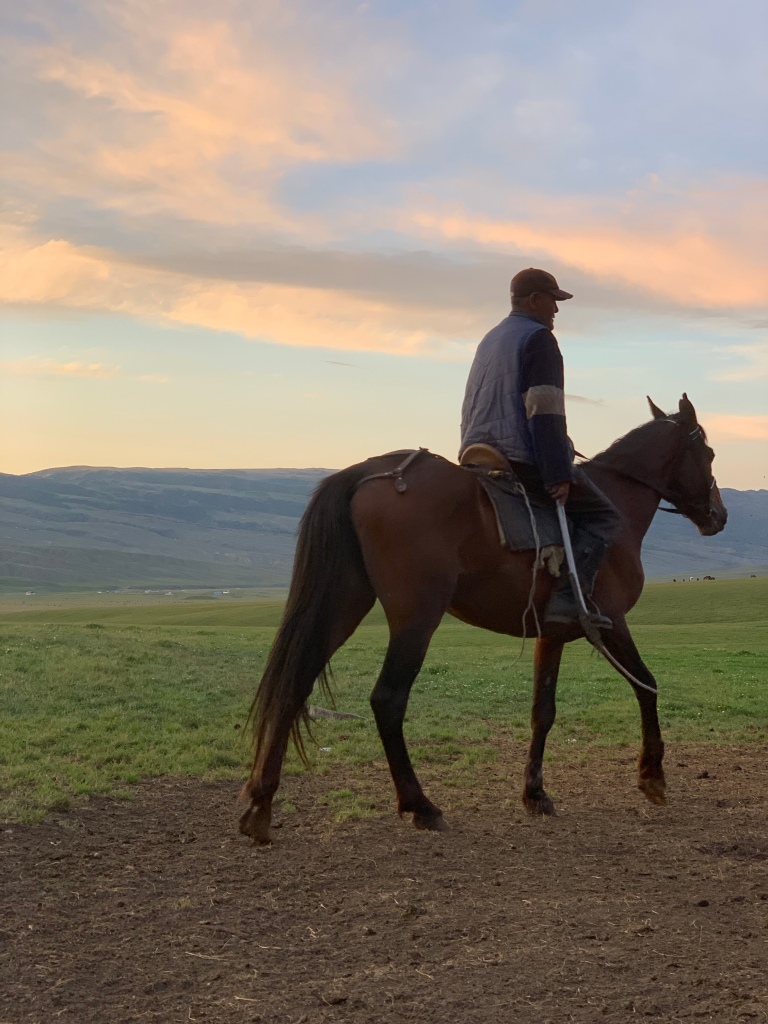 The amazing couples who took me under their wing and had me stay with them, fed me, drunk me and look after me- a complete stranger – whilst they were on a holiday speaks volumes about the Kazakh hospitality, warmth and generosity.

And yes I did feel like I needed to pinch myself to make sure I wasn’t dreaming. It truly was surreal and incredible to be there! 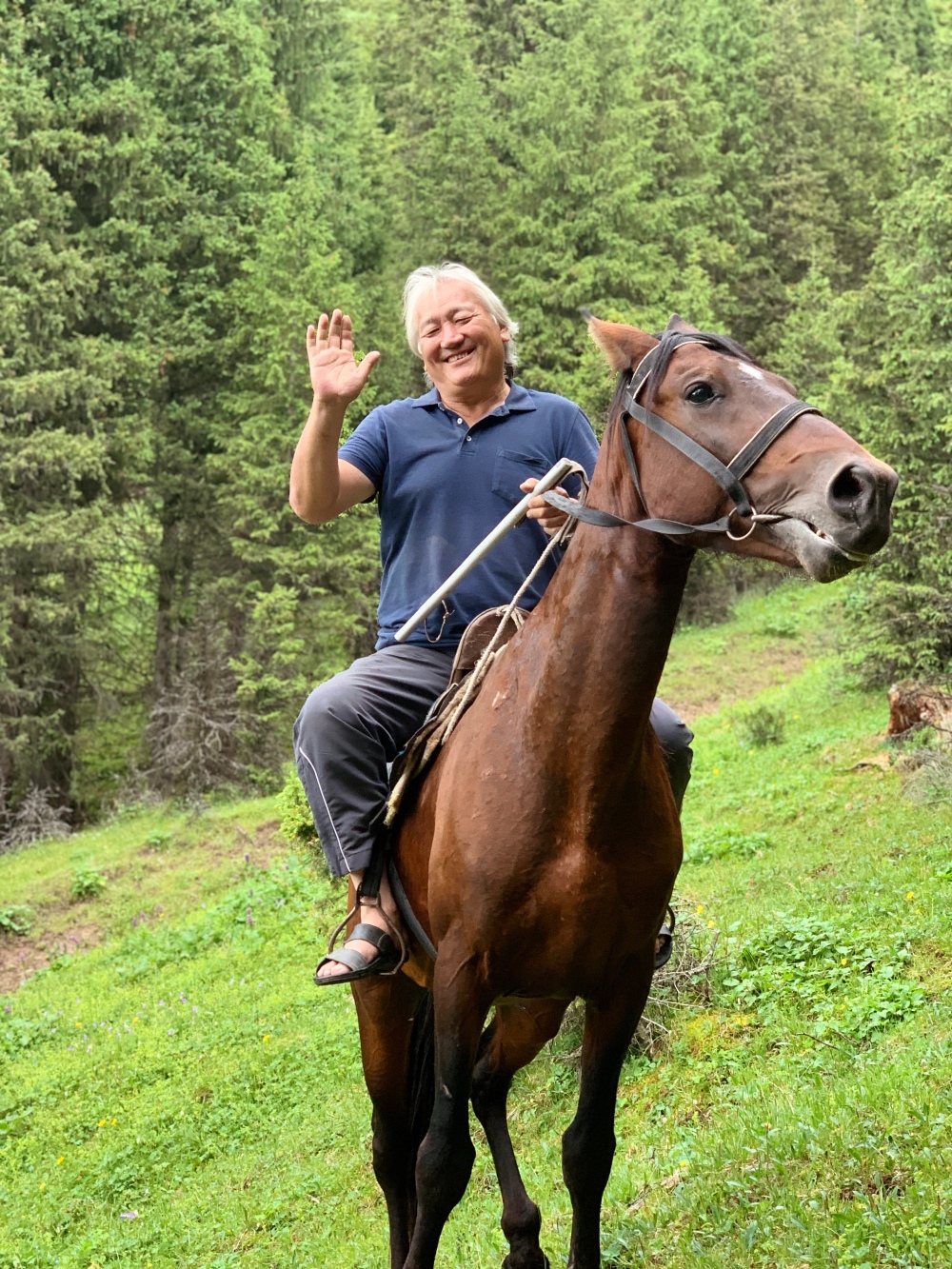 Just when I thought it wouldn’t get any better….then I left and cycled on some more…..